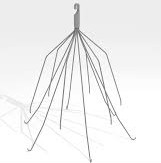 IVC (inferior vena cava) filters are small medical devices (metal traps) designed to catch potentially deadly blood clots before they enter the lungs. Most often, the devices are used in patients who are not able to take blood thinners to prevent clots, for example, if a patient has atrial fibrillation. Other indications for use of an IVC filter are recurrent acute or chronic venous thromboembolism (obstruction of a blood vessel by a blood clot that has become dislodged from another site in the circulation).

The U.S. Food and Drug Administration (FDA) has received hundreds of reports of problems and complications with the filters, including punctured blood vessels and organs, and migration of the filters to different parts of the body.  A September 2015 NBC report said the device was associated with 27 deaths and hundreds of other non-fatal medical problems. Lawsuits have been filed against manufacturers including C.R. Bard and Cook Medical, claiming failure to warn, design defects, manufacturing defects, negligent misrepresentation and breach of implied warranty.

At Estey & Bomberger, we believe medical devices manufacturers must be held responsible for negligent actions and defective devices. We have recovered millions of dollars for individuals and families harmed by dangerous medical devices, from hip implants and pain pumps to birth control patches and defibrillators. If you have been harmed by an IVC filter, we are here to help you.

The Journal of the American Medical Association (JAMA) published a study in 2013 which exposed complications of IVC filters in 952 patients. Out of 680 patients who received “retrievable” IVC filters, doctors were only able to successfully remove 58 of the filters. Reasons for unsuccessful removal attempts include the device being embedded, the device protruding through a blood vessel, and the device migrating to an abnormal position.

A number of lawsuits have been filed and are pending in federal and state courts, including Pennsylvania and California.  In 2014, the U.S. panel on Multidistrict Litigation (MDL) consolidated lawsuits against Cook Medical from 11 districts to an MDL in the Southern District of Indiana. There have also been three class-action lawsuits filed against Bard in Florida, Pennsylvania and California Courts for the Bard Recover, G2 and G2 Express devices.

When C.R. Bard had its IVC filter application denied by the FDA in 2002, it hired Kay Fuller, a regulatory specialist to help gain clearance. Eventually, she presented concerns about the safety of the device and refused to support the clearance request. But when Bard submitted the application, it contained both her name and her signature. She later told NBC in an investigative report, “That’s not my signature I will tell you I did not sign it.” Fuller said she resigned from Bard, but before doing so, reported her safety concerns to the FDA. Read more at NBCnews.com. 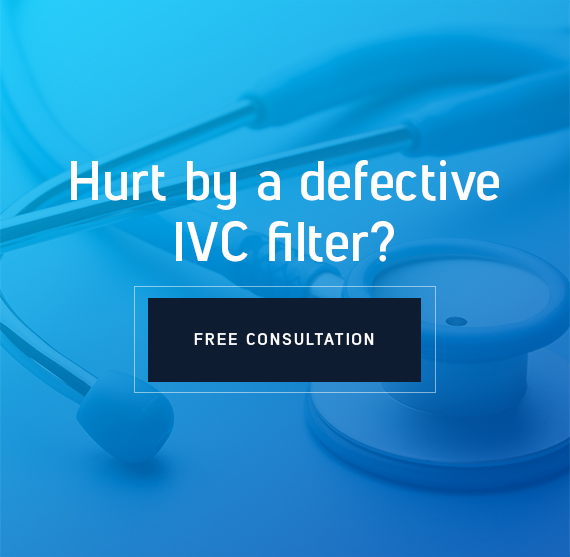 Obtain a Consultation Regarding Your Potential Claim

IVC filter manufacturers are already settling lawsuits across the country. If you have been hurt by a defective IVC filter, or if a loved one has died, contact Estey & Bomberger, LLP today for a free consultation. We will listen to your story, answer your questions, and offer information and resources. In your consultation, one of our knowledgeable attorneys will help you determine your best course of action, and explain how you may be entitled to compensation for medical care, future expenses, lost earnings, and pain and suffering. Due to statutory time limits which give you a limited time frame to file a claim, it is advisable to contact a lawyer as soon as possible.