Low-T Lawsuits Continue to Add Up 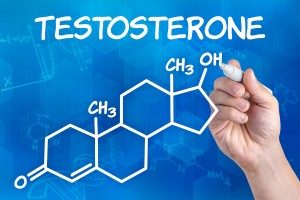 According to a March 2015 article in Bloomberg, 2.3 million patients received a prescription for testosterone in 2013, about double the number that received prescriptions in 2010. The FDA approved testosterone therapies like AbbVie Inc.’s AndroGel and Eli Lilly & Co.’s Axiron, decades ago to treat hypogonadism, which is extremely low testosterone levels in men.  Hypogonadism is different than the natural aging process. Testosterone levels slowly ebb as men age and is not necessarily an indicator of disease or illness. Nonetheless, manufacturers of the therapies have pushed to make testosterone a regular component of men’s health. Low-T supplements like Androgel and Axiron are not approved to treat men with lower testosterone from aging, and drug companies are not allowed to actively market the drugs to be prescribed “off-label.” However, the drug manufacturers have found a way around this by hiring third-party doctors to host seminars and speaking engagements where they, on their own accord, promote the prescribing of the drugs. Earlier this year, the FDA mandated a label change to make it clear that testosterone therapy isn’t approved for men who have natural testosterone loss due to aging. The FDA also said it would require manufacturers of testosterone products to conduct a controlled clinical trial, but the results of that testing could be years away. Meanwhile, thousands of lawsuits sit in multi-district litigation. As of September 2015, there were 2,477 lawsuits sitting in MDL 2545. Bellwether cases are expected to be tried in 2016.