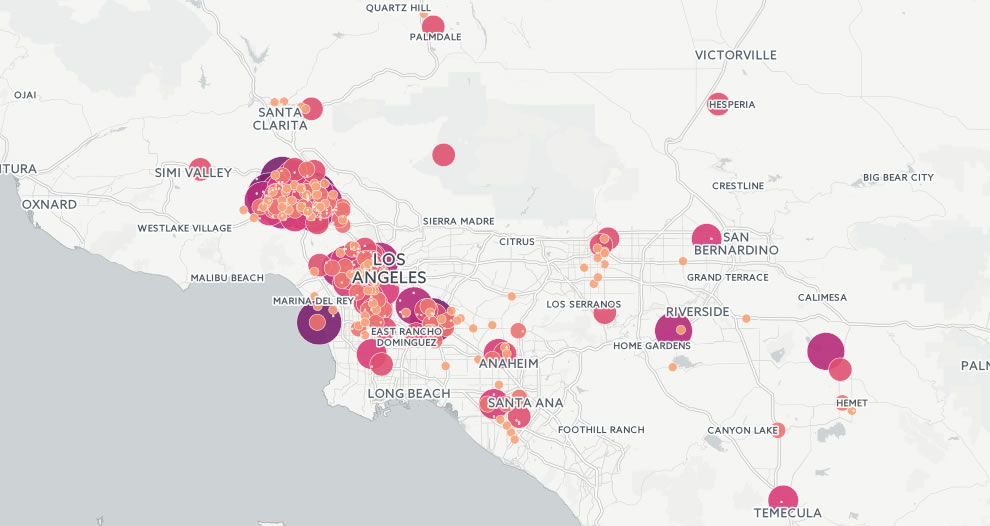 *As part of our commitment to consumer safety, the San Diego car accident attorneys at Estey & Bomberger present the first in our data-driven study series: Safety through Numbers.  Each month, with the help of data visualization firm 1point21 interactive, we will take a look at a whole host of consumer safety issues to find out where danger lurks for Californians.  Our first study examines dangerous intersections throughout the state.

What are the most dangerous intersections in California? Where are they located?

Together with data visualization company 1point21 Interactive, we analyzed over 435,000 collision records to find out which intersections in California are the most dangerous. In our effort, we examined every motor vehicle crash recorded by the Statewide Integrated Traffic Records System (SWITRS) in 2015.  Taking total crashes, injuries and fatalities into account, we identified and ranked all intersections with 10 or more accidents.  Based on this 2015 crash data, here are the most dangerous intersections in California:

*Intersections with higher scores are more dangerous than those with lower scores. For more information on the scoring system, see our methodology below.

Zoom in on any area of the map. Larger circles represent a more dangerous intersection. Hover over any circle to see the cross streets and the danger score of that intersection. 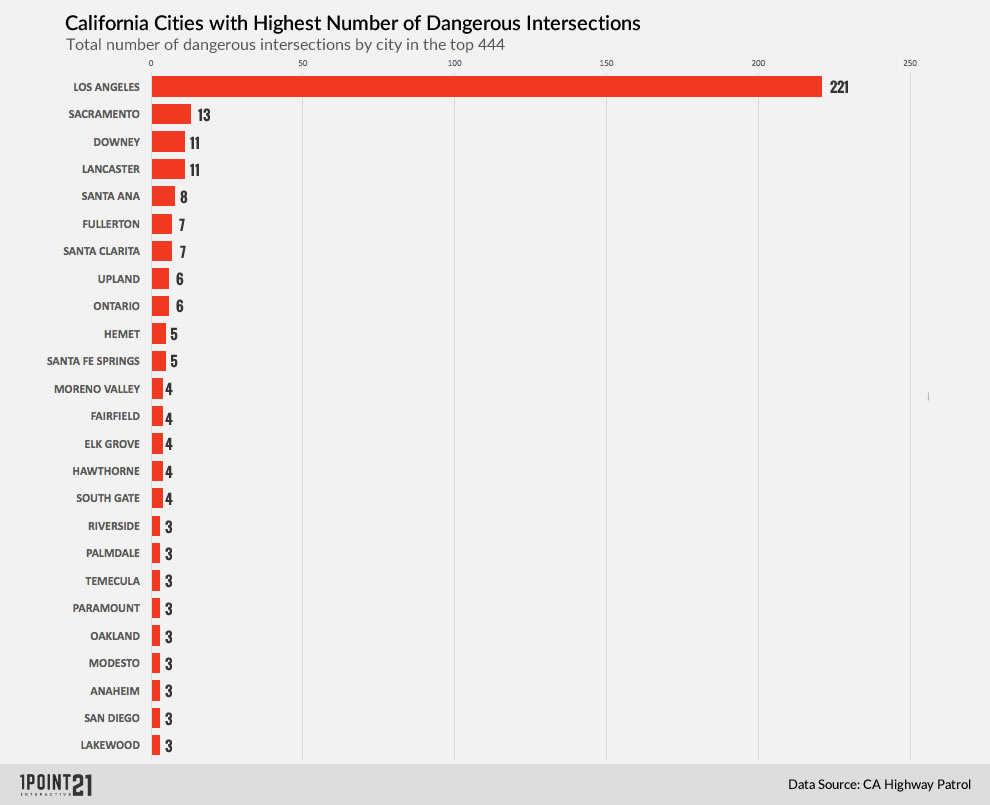 Los Angeles has 17 times as many intersections from our list than the number two city on the the list, Sacramento.  While the Los Angeles metropolitan area is the most densely populated urban area in the United States (classified as Los Angeles – Long Beach – Anaheim by the U.S. Census), six other areas in California are among the top ten.

Why We Did This

Safety on our roads is the responsibility of those using the roads, but also on those that design and maintain our roads. This study identifies trends and dangers that our local government and community can use in improving safety and lowering the risks of serious injury. Proactively approaching the threats of dangerous intersections can save lives — that is what we hoped to accomplish with this study.

We parsed over 435,000 collision records for 2015, separating all accidents that occurred at intersections. We then assigned values to each accident, injury and fatality at each intersection to calculate a score to rate the danger of the intersection.