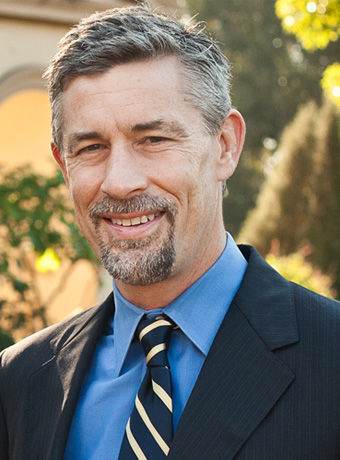 Mr. Bomberger recently achieved a record-setting $20 million medical malpractice settlement for a young child who suffered a brain injury due to the negligence of a California medical facility. This settlement is the highest in California history for medical malpractice. Also this past year, he settled a product liability case for $21 million for victims who suffered orthopedic injuries from a popular retail product.

Mike is the go-to expert on issues including brain injury, birth injury, bicycle accidents, pedestrian accidents, and more. Some of the more notable media interviews are listed below; for a full list click here.

Mr. Bomberger’s vision for Estey Bomberger is based upon a simple belief in promoting core values of respect, integrity, and honesty with his clients, partners, peers, and employees. He believes that successful organizations only run their best with a team that works well together.

The Estey Bomberger trial team works diligently on just a few cases allowing Mr. Bomberger to personally allocate more time and resources to his clients. That attention to detail has resulted in a near-perfect track record for the law firm along with numerous record-setting settlements and verdicts. In the last two years, Mr. Bomberger has acted as co-counsel on cases resulting in jury verdicts of $30 million, $23 million, and $10.8 million. This has resulted in insurance companies choosing to pay his clients fair settlements in order to avoid the consequences of trial.

In a recent case, Mr. Bomberger worked for 5 years on behalf of numerous injured victims across the US who had suffered orthopedic injuries — before finally convincing the company to pay $21 million for the harm it caused his clients. His partner, “Mr. Bomberger is like a dog on a bone. He is relentless in working his cases and achieving the best result for his clients,” says Mr. Estey, his partner, “he will outwork anyone to get the best result possible.”

Estey Bomberger continues to embrace the challenges of serving and helping injured clients against large insurance companies and corporations that only value the bottom line. In more than 20 years of practicing together with his partner Steve Estey, the two of them have only served injured victims; the firm does not represent corporations or insurance companies.

Mr. Bomberger has been married for over twenty years, and he is the proud father of 4 children. Outside of the office, Mr. Bomberger enjoys spending time with his family. He has been a frequent coach to his children’s soccer, football and basketball teams.

Mr. Bomberger is also an avid bicyclist, often riding several hundred miles a week and occasionally racing. As a longtime cyclist, no one has more expertise in understanding the unique liability challenges that bicyclists face. Mr. Bomberger has been successful in winning cases for bicyclists that other attorneys thought were not winnable. He is an active advocate for many cyclist causes throughout California.

Mr. Bomberger graduated from Bucknell University in 1988 with a BA in English and Economics. At Bucknell, he was a nationally ranked division 1 wrestler and captain of the wrestling team. He graduated from California Western School of Law in 1992. While in law school, he met Mr. Estey and the two became fast friends. After law school, Mr. Estey and Mr. Bomberger went their separate ways, only to be reunited in 1994 to start Estey Bomberger.