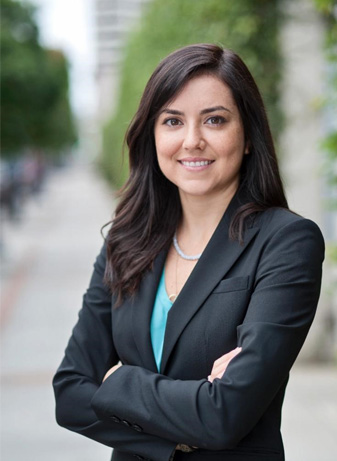 Kristen Barton joined the sexual assault team at Estey & Bomberger in 2019.  She now looks forward to using her knowledge of litigating against large corporations to hold Uber, Lyft, and other institutions accountable for the sexual assaults perpetrated by their employees.

Kristen first is passionate about advocating for and helping those who have been harmed.  Before coming to Estey & Bomberger, Kristen represented thousands of individuals across the country, who had been injured as the result of a pharmaceutical drug, medical device, or wildfire.   She is now excited for the opportunity to help sexual assault survivors hold corporations and wrongdoers accountable.

Kristen graduated in 2008 from the University of California at Santa Cruz where she majored in Politics with an emphasis in International Politics.  After graduation, Kristen stayed in northern California, where she lived and worked in San Francisco while attending the Fashion Institute of Design and Marketing.  She graduated in 2009 with a degree in Merchandise Marketing but her interests and passions motivated her to pursue a career in the law.   She attended law school at California Western School of Law and graduated in 2014.

Born and raised in San Diego, Kristen loves getting outside, and heading to the beach, or the mountains to go hiking or snowboarding.  In her free time, Kristen also enjoys spending time with friends and family, especially her two baby nieces.